One of Rome's four patriarchal basilicas, this monumental 5th-century church stands on Esquiline Hill's summit, on the spot where snow is said to have miraculously fallen in the summer of AD 358. To commemorate the event, every year on 5 August thousands of white petals are released from the basilica’s coffered ceiling. Much altered over the centuries, it's an architectural hybrid with 14th-century Romanesque belfry, 18th-century baroque facade, largely baroque interior and a series of glorious 5th-century mosaics.

Outside, the exterior is decorated with glimmering 13th-century mosaics, protected by Ferdinand Fuga's baroque loggia (1741). Rising behind, the belfry – Rome's tallest – tops out at 75m.

The vast interior retains its original structure, despite the basilica's many overhauls. Particularly spectacular are the 5th-century mosaics in the triumphal arch and nave, depicting Old Testament scenes. The central image in the apse, signed by Jacopo Torriti, dates from the 13th century and represents the coronation of the Virgin Mary. Beneath your feet, the nave floor is a fine example of 12th-century Cosmati paving.

The baldachin over the high altar is heavy with gilt cherubs; the altar itself is a porphyry sarcophagus, which is said to contain the relics of St Matthew and other martyrs. A plaque embedded in the floor to the right of the altar marks the spot where Gian Lorenzo Bernini and his father Pietro are buried. Steps lead down to the confessio (a crypt in which relics are placed), where a statue of Pope Pius IX kneels before a reliquary containing a fragment of Jesus' manger.

These Are The 10 Best Restaurants in The World 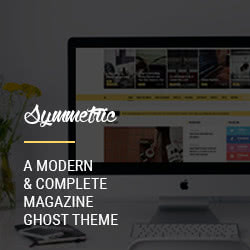